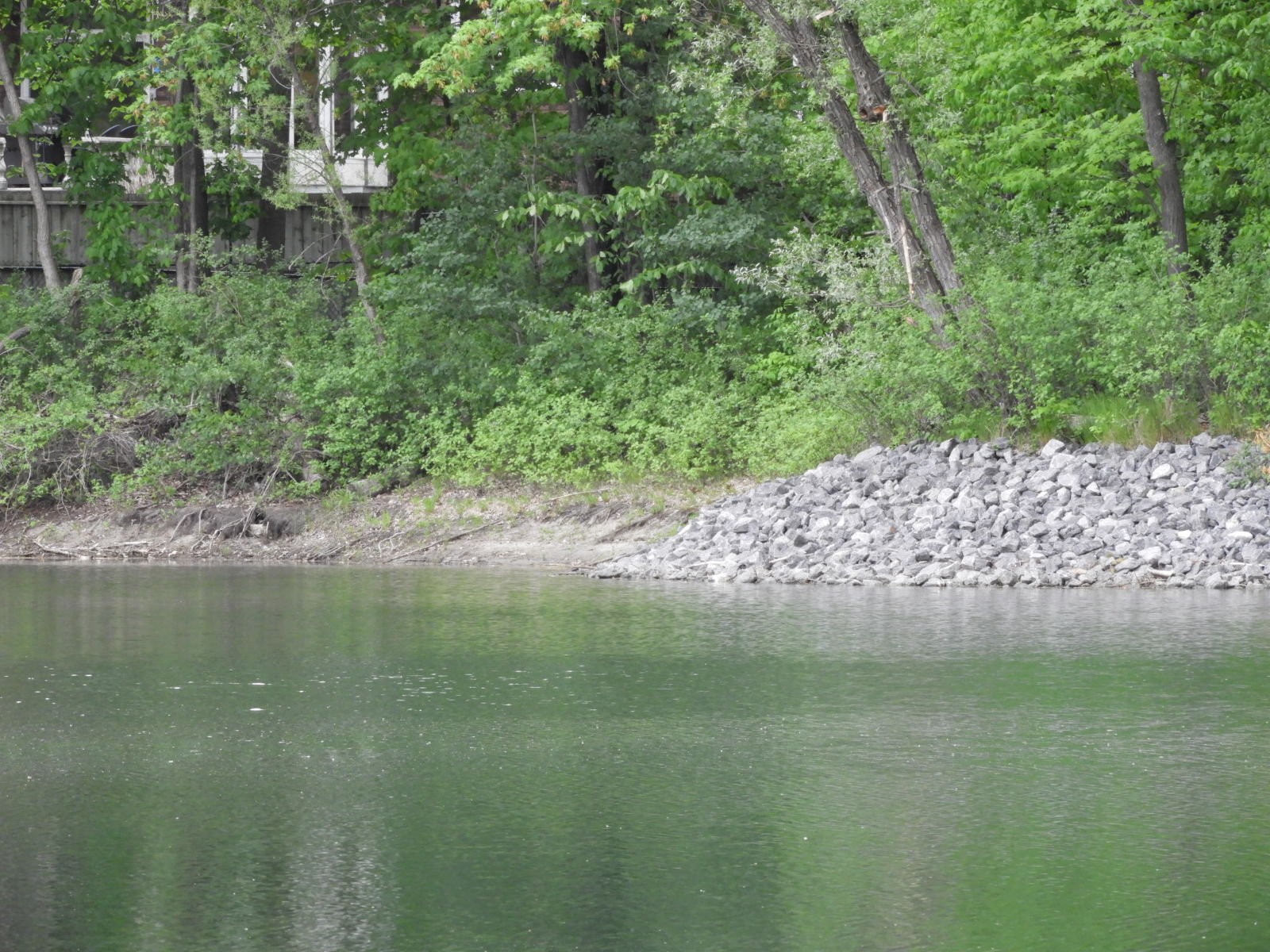 In May and June, the City built a retaining wall and installed loose rock to protect the Pond’s shoreline from further erosion, stabilize the banks and discourage sunbathing and digging. The RPRA hopes this work will help to preserve our beautiful Pond and Conservation Area. This year, the City will not be pumping water into the Pond. The City did pump water for the past two years and found the added water made little to no improvement in Pond water levels. This year will be a test year to determine the water levels without pumping.

Over the course of 2019, members of the Rockcliffe Park Residents Association’s (RPRA) Pond Committee worked with City representatives and our Councillor to address environmental issues relating to the Pond. Shoreline erosion is of particular concern, especially at the access point to the Pond. To stabilize this area, the City proposed building a wall and steps composed of natural rock, such as exists now. The City also investigated whether the stairs could be narrowed, consistent with safety, and structured in an irregular pattern. City staff proposed loose rock (rip rap) to protect the shoreline and provide access for the heavy machinery and work over the January-February 2020 period with final rehabilitation details to be finished in the Spring. The riprap installation will by nature of the irregular rocks and distribution result in a space which is not suitable for sitting and sunbathing. The rip rap will extend to the low water mark and remain after the project’s completion, thus limiting access to the adjacent eroding shoreline

Additionally, the RPRA worked closely with the City to introduce signage that promotes responsible use of the Pond as a conservation area and also worked with the city on the water pumping. The City measured water levels in 2017, 2018 and again from May 15 to September 24, 2019, which showed that the pumping has had minimal, if any, impact on maintaining the water level or decreasing its decline over a three-year period. Since the pilot project to pump water into the Pond was to include a year of no pumping for comparative purposes, we do not anticipate pumping in 2020.

Changes to the access point are minimal in that this project is limited to the construction of a stable retaining wall. The access ‘stairs’ will be roughly 2 meters wide, located near their current position and be smaller in height. The stones are mined from Southern Ontario, but may be more consistent in dimension although similar to those currently in place. The resulting structure will be more stable, reducing future safety concerns. The entry path from Pond St will also be reconstructed in the spring.

Other issues discussed with City representatives have included buckthorn removal, dredging to increase shoreline depth (not possible as part of this project) and the need to replant with native shrubs as part of a Conservation Area. We have developed a collaborative relationship with the City in which they take into account our concerns and proposals. It is heartening that the City pays attention to the Pond and over the years has been taking incremental steps to protect it. We are pleased that the City was able to find the funds to implement this shoreline rehabilitation work in a manner consistent with the Pond’s ecological importance and as part of the Caldwell-Carver Conservation Area.

Here are two photos of the work in progress at the Pond, taken May 2020, to curb erosion of the banks. Thanks to Iola Price for the photos. 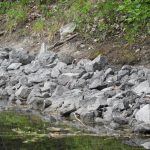 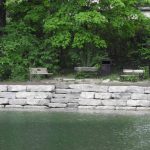