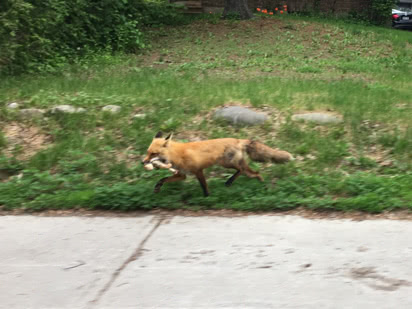 Following my note in January about focusing on Tree Swallow nesting boxes around the lake, Iola and I have just installed two new boxes on poles in the east marsh. We were most kindly helped in installing a new pole by ice-fishers Michael and his son Lucas. A box in the marsh has always been a swallow favourite. Swallow nest box location and construction have to be done with consideration for nest predators and competitors. The predators in our area are Red Squirrels and Raccoons. The competitors are Chickadees that will start nesting activities, establishing box ownership, before the swallows return. Boxes on poles in the marsh are too far from trees for Chickadees and squirrels, and have not attracted Raccoons. Swallow boxes near the lake edge on the west side require special counter measures.

The first really strong and repeated Cardinal songs that I noticed were on February 20, and some singers have continued sporadically on sunny days. Stepping out of the door on February 28, a Robin’s distinctive chuckle call came from the garden. There were a few patches of snow-free ground that day, the usual harbinger of Robin migrants. Yet I suspect this was an over-wintering bird because I’ve not heard or seen one since. The Crows don’t appear to be arguing about territories yet, though there are always a few about, perhaps prospecting tall conifers for nest sites. A Downy Woodpecker has been drumming near Mariposa/Fairview the past week, responding to lengthening days. This is still a quiet period for birds. On a half-hour walk on the morning of March 10, the only sounds were one drum roll from the Downy near Fairview and one Chickadee call near Hillsdale at Sandridge.

On the morning of March 9, after light snow, the first Chipmunk I’ve seen this season came up out of the snow between hemlocks and a butternut. Hopping across the surface proved challenging. Its body, unlike a tree squirrel’s, isn’t designed for leaping; at each short hop its body sank well in to the snow. So it gave that up and dived down to tunnel under the snow, reappearing some eight metres away where it could access a fence and a tree. Early this morning there are three Chipmunks in the same area–dashing about on the wooden fence tops in the falling snow, trying to drive each other away from the woodshed below. There are tree seeds amongst the logs there, and no snow.

Unlike our Red and Grey Squirrels, Eastern Chipmunks dig substantial underground burrows in which they store food and spend the winter in “intermittent hibernation, waking every four to six days to eat from their larder” (Donna Naughton. The Natural History of Canadian Mammals. Canadian Museum of Nature, 2012).

The lake is still solidly frozen, as it has been since mid-December. But there is enough open water now on the Ottawa River to encourage small parties of Canada Geese to fly along it.